WEBINAR: A disconnect between rhetoric and action: restoring drylands for adaptation and mitigation

Webinar, 7 October 2021: hosted by the Landscape Partnership Asia on the role of drylands restoration in climate-change adaptation and mitigation.
You are invited to join this free event, where expert speakers will share their experiences.

The absence of accountable targets for landscape restoration in countries’ commitments to mitigate the climate crisis will have dire consequences for communities projected to face more arid and drought-prone conditions in the coming decades. The land-use sector is responsible for nearly a quarter of total anthropogenic greenhouse-gas emissions, according to the Intergovernmental Panel on Climate Change. Combined with the changing climate, land-use changes and intensification have contributed to increasing desertification and land degradation. Since 1960, there has been a 200% increase in populations suffering from the impact of desertification.

Asia has the largest extent of drylands by total land area and the largest number of people living in them. Low biological productivity, acute poverty and conflict over land already afflict Asian dryland communities, which are set to see their experiences worsen with the changing climate unless wide-scale action is urgently taken. 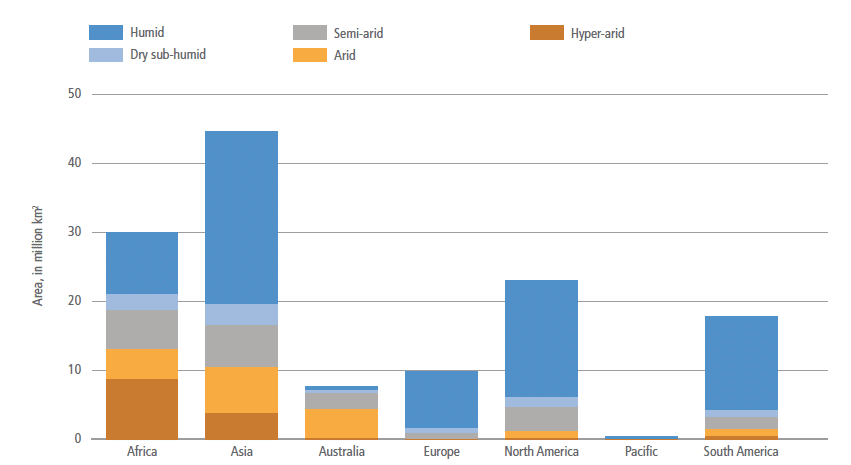 It is only in the last decade or so that the devastating impact of humanity’s destructive activities on our environment has become top of the global agenda. Consequently, more countries are investing in conserving forests and growing trees. However, there is still a large gap between the rhetoric and the action.

Compared to other ecosystems, ecological and socio-economic assessments of drylands — let alone actions to remedy desertification and droughts — lag far behind, as noted by Tashi Wangdi of Bhutan in a recent webinar held by Landscape Partnership Asia.

Given the huge populations involved and vast extent of global drylands, it is essential to embed land-use and restoration targets into countries’ nationally determined contributions (NDCs) to the Paris Agreement of the United Nations Framework on Convention on Climate Change. With declared targets, resources can more easily be mobilized for restoration and countries held accountable for inaction.

While 61 countries have committed over 54 million hectares to the Bonn Challenge, the International Union for Conservation of Nature found that less than half of the Challenge’s targets for forest landscape restoration were also inscribed in the countries’ NDCs. The NDCs are the primary instruments to hold governments accountable to the Paris Agreement, which seeks to keep the increase in global temperature below 2 °C. Signatory countries to the Agreement will come together in November 2021 in Glasgow, Scotland to discuss progress on their NDCs.

It is then that the world needs to hear not only rhetoric but see the results of countries’ actions.

Request for Proposal: Design Works for the Establishment of Experimental Forest at AFoCO RETC in Myanmar


REGULAR TRAINING COURSE Embarking the first year of the UN Decade on Ecosystem Restoration 2021-2030 in the Asia-Pacific region and across the world offers an excellent opportunity to scale up restoration partnerships. In an effort to enhance restoration initiatives at the national and sub-national levels to help catalyze fast implementation of the UN Decade, the Asian Forest Cooperation Organization (AFoCO) and the International Tropical Timber Organization (ITTO) jointly organize “Capacity Building Workshop on Forest Landscape Restoration (FLR) in the Asia-Pacific Region” through on-line platform on 30 August – 3 September 2021. The workshop aims to foster greater understanding and enhance capacities of AFoCO and ITTO Member Countries in the development of FLR projects to be further considered as a country component under the organization’s FLR programme/initiative at the regional level. In this regard, we kindly request each AFoCO Member Country to nominate two (2) government staff/officers (a) who have mandates for FLR in policies/regulations and designing a national/sub-national project, and (b) who currently manage and implement the FLR projects in the country more than five (5) years. To obtain the Certification of Completion, the nominees are expected to deliver presentations and post-training assignments, i.e., country reports and action plans, leading to the project concept note development. A nominal training allowance will be provided for the two assigned participants. Additional staff interested in participating in the lectures, discussions, and group work as authorized through respective domestic regulations are also encouraged to be awarded appropriate participation certificates. In order to facilitate the preparation for the training, may we kindly request the submission of nominees’/participants’ information to Ryang Soozin (e-mail: soozin.ryang@afocosec.org) by 13 August 2021, including the list of participants following the attached template (Annex-1). For more information, please refer to the Course Guidelines (Annex-2). Annex-1. List of Participants Download Annex-2. Course Guidelines Download